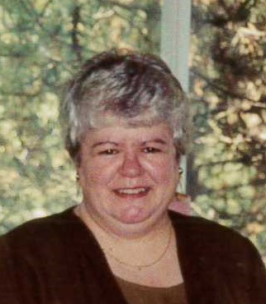 Lydia passed away peacefully at Hospice Peterborough on September 17, 2022 with her family by her side. Lydia was special to so many who will miss her dearly. She left a tremendous legacy within the science environment and photography communities.

Lydia was born in Cadomin Alberta, to August and Assunta Dotto, who have predeceased her. Eighteen months later her sister Terry joined the family. The Dottos moved to Edmonton a few years later where Lydia completed her schooling and worked at the Edmonton Journal as a reporter.

Lydia graduated from Carleton University School of Journalism with Honours in 1971. She worked at the Toronto Globe & Mail newspaper as the Science writer for many years and then began freelancing in the science and environmental sphere for magazines and newspapers. She is the author of over a dozen books, all pertaining to her passion for the sciences. Lydia has won numerous awards for her work, among them the Canadian Science Writer’s association, the Royal Canadian Institute, and the Sir Sandford Fleming Medal for Outstanding Achievement in promoting understanding of science among the public.

Lydia developed a special relationship with the Canadian Space Agency and NASA.

In 1983, she participated in a zero-gravity training flight with astronauts at the Johnson Space Centre in Houston, Texas

In 1974, Lydia also completed two dives under the Arctic ice in Resolute Bay on Baffin Island.

In 1974 she was the first female member of the press corps aboard the USS Ticonderoga aircraft carrier, covering the splashdown recovery for the Skylab space capsule carrying the returning Skylab astronauts.

She covered the space missions since 1972, including Skylab, Apollo, the Space Shuttle and the International Space Station programs.

Later in her career, Lydia taught courses in environmental communication at Trent University, and ran science writing and communication workshops for scientists.

Online condolences may be left at AshburnhamFuneral.ca