To share your memory on the wall of Barbara Moffat, sign in using one of the following options:

In September of 1957, Barbara was struck by a runaway car at the corner of Bloor and Avenue Road which resulted in a major head injury. The odds of full recovery were low. But through courage and determination, she recovered losing only her year and the sense of taste and smell. She went back to the University of Toronto and graduated with honours before entering the mental health field.

Barbara met David in Midland before they both went on to university. They were married on September 8, 1962 by Dr ABB Moore of Victoria College who, with his wife, so kindly cared for the family at the time of the accident. While David was completing his studies, Barbara worked as a research assistant and a social worker in Toronto mental hospitals.

Barbara and David moved to Peterborough in late 1964 when David accepted an engineering position with General Electric. Over the next five years, Kathryn, Bruce and Tim were born.During the early years in Peterborough, Barbara took up canoe tripping with David. They explored the lakes north of the city and in Algonquin Park. In 1972, they started building their cottage on Lake of Bays. This became a special place for all the family: where the grandchildren learned to swim, where Grandma shared her love of reading and where Barbara became Grandma Bread by teaching the grandchildren breadmaking.

In the mid 1980s, their restored Dispro, Little Miss, was ready for adventure. Georgian Bay trips were typically 7 – 10 days from somewhere between Snug Harbour and Killarney. They were affectionately known as misery trips because the boats were open and subject to the sun and rain.

As the children became older, Barbara was drawn back into the mental health field. She was a member of the steering committee that created Telecare Peterborough and became the first training director and then director. She was involved for 35 years. In the late 1980s, she became Peterborough CMHA’s first executive director. Awareness training and community support programs were of special interest to Barbara, including suicide survivors. In the early 1990s, she set up her own consulting business and began training programs and workshops in suicide prevention, intervention, and postvention for professionals and community volunteers.

By the early 2000s, both Barbara and David had retired and were able to spend more time at the cottage and Los Cabos Mexico in the winter. For 12 years, they drove down enjoying many diversions on the way. Barbara was a constant note taker so she journaled her many adventures and shared them widely.

Barbara’s faith has always been a part of her. She was a member of Northminster then Grace United Churches. She believed in the power of healing prayer and was an early Healing Pathways practitioner. It was her faith that helped her deal with chronic migraines and more recently a stroke.

Barbara used the gift of time to unselfishly touch many lives. Her kindness, determination, and faith lives on in the hearts of her family.

Cremation has taken place. A celebration of life will be held when circumstances permit.In lieu of flowers, Barbara would appreciate a donation to the charity of your choice.

To write memories and condolences, use http://www.ashburnhamfuneral.ca
Read Less

Receive notifications about information and event scheduling for Barbara

We encourage you to share your most beloved memories of Barbara here, so that the family and other loved ones can always see it. You can upload cherished photographs, or share your favorite stories, and can even comment on those shared by others.

Posted Apr 04, 2021 at 07:06pm
Our sincerest condolences to the Moffat family. I always enjoyed running into Barbara on the walking trail. As a social worker myself, I loved hearing about her robust career in the field. She was a lovely woman. Sorry for your loss.

Posted Mar 02, 2021 at 06:29pm
My sincere condolences to the Moffatt family. I grew up in Peterborough, we lived on Lee Street next door to you. My mom, Anita Chapitis passed away last June.
I remember Mrs. Moffatt grew the nicest Calla Lilies in the front yard. She was a supportive neighbour and friend of the family when my dad was killed in the line of duty as a policeman in 1968.
I am sorry for your loss.
Michael Chapitis

Posted Feb 28, 2021 at 02:25pm
Dave, I remember Barb as being kind, dedicated and intelligent when I was the Office Administrator at Northminster United and she was serving on the Ministry and Personnel Commitee. I’m so sorry to hear of her passing. My condolences to you and your family.
Lisa Ryan
Comment Share
Share via:
WH

Posted Feb 27, 2021 at 02:38pm
Dave and family, we are so saddened to hear of Barb’s passing. Please accept our deepest sympathy at this most difficult time. We hope you will find comfort in your memories of the many wonderful years you enjoyed together, and will find strength in your faith and the support of family and friends.
Marg & Warren 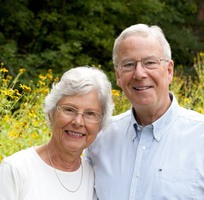 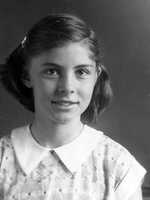 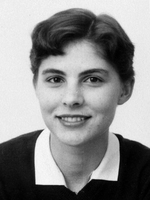 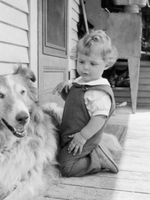