To share your memory on the wall of Curt Neild, sign in using one of the following options:

With broken hearts we announce the death of Curt Neild. Curt passed away surrounded by his family at PRHC Peterborough on Friday, December 4, 2020, in his 73rd year. He leaves behind his wife of 49 years, Linda Ne... Read More
Curtis (Curt) Neild

With broken hearts we announce the death of Curt Neild. Curt passed away surrounded by his family at PRHC Peterborough on Friday, December 4, 2020, in his 73rd year. He leaves behind his wife of 49 years, Linda Neild (nee Howson) who was honoured to be his wife.

Born in Port Chester, New York Curt lived in Bridgeport Connecticut before moving to Peterborough at age 7. Prior to retirement Curt was a long- time employee of the City of Peterborough – Public Works Department.

Most important to Curt was family. Quietly proud of his sons, and the men they had become, he never missed a chance to celebrate a holiday, family birthday or special occasion. His grandchildren meant the world to him. He treasured memories of trips taken with family.

An avid motorcycle enthusiast, Curt set aside his love of riding while he and Linda were raising their children. Returning to riding as a couple they enjoyed many trips with friends. Curt looked forward each spring to once again hitting the road on his Harley for trips and outings with friends who shared his love of riding. He highly valued the friendships, both old and new, formed during these times.
While Curt presented a gruff exterior to the world, he was a kind, caring soft spoken man with a dry sense of humour and simple tastes. He valued honesty, loyalty and integrity and was proud to see those values reflected in his sons.

Memorial visiting will be held at the Community Alternative Funeral Home, Ashburnham Chapel, 840 Armour Road on Saturday December 12th from 1:00PM - 4:00PM. In keeping with Curt’s wishes cremation has taken place and scattering of his ashes will take place later at a private family service.
If desired, expressions of sympathy or memorial donations can be made to the Royal Canadian Legion Branch 52.

DUE TO COVID 19 REGULATIONS, REGISTRATION FOR VISITATION IS REQUIRED and you may RSVP on Curt’s obituary page at www.ashburnhamfuneral.ca or by calling 705 740 0444.
Read Less

To send flowers to the family or plant a tree in memory of Curt Neild, please visit our Heartfelt Sympathies Store.

Receive notifications about information and event scheduling for Curt Neild

Provide comfort for the family with a meaningful gesture of sympathy.

Show you care by sending Flowers

Donations are being accepted for: THE ROYAL CANADIAN LEGION ONT. NO. 52 BRANCH POPPY FUND.

We encourage you to share your most beloved memories of Curt Neild here, so that the family and other loved ones can always see it. You can upload cherished photographs, or share your favorite stories, and can even comment on those shared by others.

Fenelon Falls Secondary School, With much love, Nick & Marion Linton, and other have sent flowers to the family of Curt Neild.
Show you care by sending flowers

Posted Dec 11, 2020 at 07:11pm
When we lose someone we love. We must learn not to live without them, but to live with the love they left behind. Anonymous

3 trees were planted in the memory of Curt Neild

Posted Dec 10, 2020 at 03:51pm
Linda, Tay, Chris and family; May you be comforted by the outpouring of love surrounding you.

Posted Dec 10, 2020 at 09:29am
Dear Linda and family, I am so very sorry to hear of Curt’s passing. What a wonderful family you have to support each other in the coming days and months. Please accept my sincere condolences. Christy Carlyle 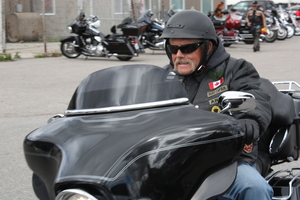 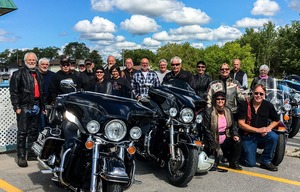